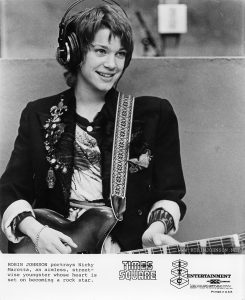 Another UK press photo produced by ITC, this one a cropped version of TS-69-34A/4 from the US Press Materials folder, with its caption added on at an annoyingly noticeable angle. The last one had a 4 on it; this one is not numbered. There may be two or three more of these ITC photos out there, there may not.

Everything else I might have to say about this, I addressed in the last post. So, see yez later.