Posted on 25th May 2019 in Uncategorized

Justina Johnson graduated Syracuse University with a BA in History and Library Science. Since 1979 she’d worked as a computer programmer. She was Robin Johnson’s aunt, her father’s little sister. Only 15 years older than Robin, their early relationship was often more like sisters than aunt-niece. Babysitting duties often included trips to see the Yankees play.

I am Robin Johnson’s aunt. She has not done any acting since some LA
theater and she keeps a fairly low profile.
However, I am about to send her a birthday message since she turns 45
this upcoming Friday … that same day she was born.
Just for fun this year, I am included a picture of the May 29th, 1965
cover from LIFE.
Have they ever re-released the sound track for Times Square on CD?

Ten years ago, that message appeared on the Yahoo! group I was running, which is how things worked before Facebook. It was greeted with slightly less skepticism than if someone had posted claiming to be Robin, but JJ soon proved her authenticity and became a central part of the little community of Robin fans. She was, in her words, “tickled” that there were so many people online celebrating her niece’s acting career and keeping its memory alive.

She answered what questions she could while keeping in mind her niece’s desire for privacy, and enjoyed hearing the few things we knew that she didn’t, or that she hadn’t thought anyone but the family knew. At some point she volunteered to call Robin and ask her a few questions on our behalf. I have the feeling her contact with her family had been sporadic at best at that point, because this eventually became a weekly call between her and Robin, and the occasional call between her and Robin’s mother; purely family chats, nothing to do with us fans; and she several times over the years thanked me profusely for helping her reconnect with her relatives. During the time I knew her, she made at least two long trips to visit Robin and her sister and mother. Not the kind of behavior you’d expect from a hermit, but I got the feeling it hadn’t happened before.

For a time she acted as a go-between and gatekeeper between the fans and Robin. She was the one who delivered the birthday cards we sent to Robin, the first of which brought Robin nearly to tears, she reported. She forwarded the printouts of Facebook messages to Robin, by mail, and forwarded Robin’s handwritten replies to me, and I typed them up and posted them to her page… until Robin again decided interacting with her past was too much. JJ kept the door open, occasionally asking me if I had any questions for Robin, but I wanted to wait for the right moment, for an important question.

For some strange reason one year, we decided to get together and do something she’d never done: go see the Christmas tree in Rockefeller Center. It was supposed to be a big get-together of all the NYC-area fans, but circumstances and scheduling conflicts left it just her and me. Reading JJ’s online words, she projected the image of a delicate little old lady, but she wasn’t: she was taller than me, cheerful, vital, funny, apparently very outgoing… very unlike the quite proper, sometimes befuddled persona she seemed in text. We met up in Bryant Park, near the library, braved the crowds to the tree, then found a cheap diner and chatted for a few hours. I regret that neither of us thought to take a selfie, but they weren’t really a “thing” yet.

We parted with tentative plans to do it again, when the weather got nicer, and try to involve all the folks who’d dropped out this time. Over the next few years we’d mention those plans occasionally, but, sadly, never actually made them.

She’d “like” and comment on things I posted to Facebook, mostly Robin-related, some not. She did the same with other Robin fans who’d become her friends, mostly the crew from the old Yahoo! group. I know she had other non-Robin related online friends as well: old friends from real life, new friends for whom she proofread and critiqued fiction. She liked the tv series Supergirl, and in particular loved the relationship between the characters Alex Danvers and Maggie Sawyer. Nobody ever shipped a couple as hard as JJ shipped Alex and Maggie. I never had to follow any Supergirl groups, because JJ’s likes and comments popped everything Supergirl-related to the top of my newsfeed. When Alex and Maggie broke up, I think it broke JJ’s heart in a very real way.

JJ often referred to herself as “something of a hermit.” When we first met online, she had just started a blog devoted to her grand re-entrance into the community. But she never posted to it — I think getting involved with the fan community devoted to her niece replaced whatever struggle she had planned for herself. But it wasn’t unusual for any one of us not to hear from her for extended lengths of time. Every so often, I’d shoot her an email asking how she was doing, and she’d reply that she was fine, she was touched that I was thinking of her, and did I have any questions for Robin?

That was the nature of our last interaction, last June.

This year, when she didn’t respond to any of the messages posted to her Facebook page wishing her a happy 70th birthday, I grew concerned. When she didn’t answer an email, I posted a general inquiry; apparently she hadn’t been in touch with any of us for nearly a year. My attempts to find a more direct way to contact her led me to a memorial page on the Harrison Funeral Home website, and the knowledge that she’d died.

I feel hurt, and betrayed by the universe that not only did it take my friend, but it hid that fact from me for months. Even worse, the memorial page was entirely bare. I was compelled to post a condolence. At the moment it’s there alone. I submitted a story/remembrance, but it hasn’t gone through yet, and I don’t expect it to. I sent an inquiry to the funeral home asking for a few details — how she died, where was she buried — but I haven’t received a response and again don’t expect to. I’m not family, I’m just some guy claiming to be her friend.

Other than that page, and a similar detail-free name-and-date-only obituary on some local online news service, there’s nothing to commemorate her passing. That’s not fair. She was important, more than she could ever bring herself to believe, and doesn’t deserve to be forgotten.

She was a huge part of the reason I redid this site to try to post all the Robin stuff I’ve collected. She was fiercely proud of Robin and rejoiced in the knowledge that Robin had such devoted fans and continued to make new ones.

I feel like the wind’s been taken out of my sails as far as continuing to post stuff here. But if I know two things, they’re that 1) Robin wouldn’t care one way or the other if this site were to disappear, but 2) JJ would absotivley posolutely demand that I keep going.

So I will. I may take a mighty big break once I run out of Times Square material, but I’ll be back.

JJ, this is for you. 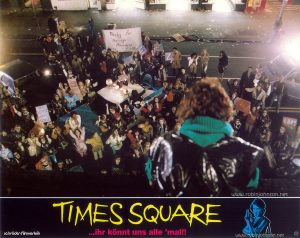 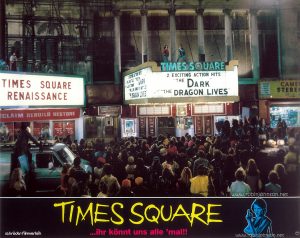 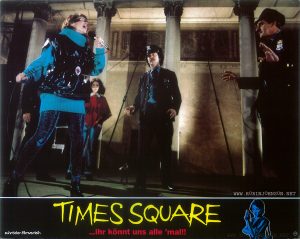