TS-69-34A
Robin Johnson is a runaway teenage product of the streets who dreams of becoming a rock music star and lets nothing get in her way to make it to the top in “Times Square.”

TS-72-8A
Robin Johnson (right) is determined to become a rock music star, Trini Alvarado is her fellow teenage runaway and their wild, bizarre escapades in New York make them minor media celebrities when reported by an all-night radio disc jockey in “Times Square.”

On the left is the same photo as this one, cropped differently and of course without the autograph.

On the right is the photo that may be the one used the most to promote the film. We’ll have a better idea about that once I’m done with all this stuff. Until just now, I always thought it was a cropped version of this photo (that version of which I’ve only seen on the Web and believe to have been cut from a UK lobby card), but now I realize they were taken a second or two apart. Look at their arms.

TS-113-4A
Trini Alvarado is co-starred as the troubled teenage daughter of a New York politician whose lack of attention turns the girl into a teenage runaway and a try at becoming a dancing attraction in a sleazy nitery in “Times Square.”

As always, there is no shot in the film that matches up either of these two photos. Mr. Pearl does throw Johnny into the table as at left, but the shot cuts from a close-up of Pearl grabbing Johnny and pushing him to a close-up of Johnny landing; there is no shot of the two of them. Also, Johnny’s hand never touches the mic stand as it does in the photograph. There is nothing even close enough to bother with a frame grab.

We see Pammy looking in the mirror fairly clearly in the film, but just like these photos, in the film we see it from her father’s perspective, and she’s not quite in the same pose as in the photo. Here’s the closest frame from the film:

“… in one of those inexplicable chance occasions, out of the blue, Robin Johnson appeared…”

TS-117-13
Trini Alvarado stars as the troubled daughter of an ambitious New York politician, played by Peter Coffield, and his lack of attention turns her into a rebellious runaway in “Times Square.”

TS-94-10A
Robin Johnson and Trini Alvarado co-star as two runaway teenagers in New York who create their own bohemian life style in a revolt against authority in Times Square.

TS-61-14
Trini Alvarado as Pamela Pearl and Robin Johnson as Nicky Marotta become minor media celebrities when their bizarre runaway escapades are reported on radio by an all-night disc jockey in “Times Square.”

TS-104-17A
Trini Alvarado is a novice dancer on the runway of a sleazy Times Square nitery but keeps the job as a teenage attraction with the encouragement of her fellow runaway, played by Robin Johnson (lower left), in “Times Square.”

I don’t really have anything to say about these, but when have I let that stop me.

It means nothing, but I notice in the first pic, Pammy’s dad is on the right, looking down at her, and in the rest, Nicky is to the left and is looking up at Pammy (or would be if her head was turned; her eye level is below Pam’s). This is just an artifact of the four pictures I happened to post here, but, still…

The second pic: Robin sure rocked that Union suit, huh?

The third pic: this is another shot from the girls’ escape from the plainclothes cop in the Adonis Theater, as they’re about to descend into the subway at 50th Street and 8th Avenue. There’s a screengrab of this shot towards the bottom of this post and another photo from this scene is the third image in the gallery of close-ups in this post, in a collage with images of Times Square (the street).

The fourth pic of Pammy’s dancing debut is from the session that produced this. There’s yet another shot that will be used on a UK lobby card.

As usual, none of these are the actual shots from the film.

To punch up the Robin content in this post, here are the first five pages of the eight-page “Production Information” text packet. (Robin isn’t mentioned on the last three pages.) 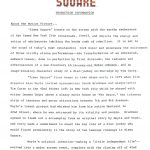 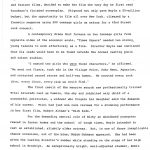 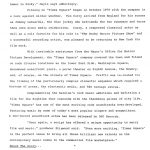 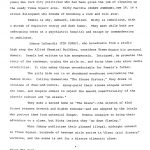 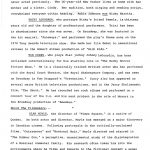 The Robin stuff reads as follows. For the rest, you’re on your own, unless I get requests from the audience. (That’s you.)

About The Motion Picture…

“Times Square” bursts on the screen with the earthy exuberance of the famed New York City crossroads, itself, and depicts the energy and antics of adolescents imbibing the heady rush of rebellion. It is set to the sound of today’s most outstanding rock music and showcases the excitement of three vividly strong performances–the transformation of an inhibited, awkward teener, done to perfection by Trini Alvarado; the radiance and effervescence of a new discovery in 16-year-old Robin Johnson, and an image-breaking character study of a disc-jockey on-the-edge by Tim Curry.

A contemporary drama that focuses on two teenage girls from opposite sides of the economic scale, “Times Square” needed two strong, young talents to work effectively as a film. Director Moyle was convinced that his leads would have to be found outside the normal casting pools and talent stables.

“I wanted two girls who were those characters,” he affirmed. “We sent out flyers, took ads in the Village Voice, Soho News, Aquarian, and contacted record stores and half-way homes. We scouted every rock dive, every disco, every club we could find.”

The final result of the massive search saw professionally trained Trini Alvarado cast as Pamela, the shy and inhibited only child of a successful politician, a widower who forgets his daughter amid the demands of his career. Trini had just won rave reviews for a stunning performance in her first film, Robert Altman’s “Rich Kids.”

For the demanding central role of Nicky an abandoned youngster reared in foster homes and the school of tough times, Moyle intended to cast an established, slightly older actress. But, in one of those inexplicable chance occasions, out of the blue, Robin Johnson appeared. She had been given the casting director’s number while standing on the steps of her high school in Brooklyn. An exceptionally bright, well-adjusted student, Robin certainly didn’t fit Moyle’s preconceived notions of what his Nicky was going to be. But with her raspy, husky Brooklyn style of vocalizing, a quick-witted sense of humor and a total lack of pretense, she stunned and charmed not only the director but producer Robert Stigwood as well. “Robin brought a great deal of warmth and an incredible amount of native humor to Nicky,” Moyle says admiringly.

ROBIN JOHNSON, who makes her film debut as the explosive Nicky Marotta, was discovered outside her high school, Brooklyn Tech. That chance happening concluded a five-month nationwide talent hunt to find the dynamic, young singing actress for the demanding role. Robin had never acted previously. The 16-year-old New Yorker lives at home with her mother and a sister, Cindy. Her audition, both singing and reading script, overwhelmed everyone within hearing. Robin Johnson was Nicky Marotta.

I believe this is the first time the story of Robin’s “discovery” is told. It will quickly become one of the major selling points for the film.