The remaining 14 pages of the AFD Campaign Pressbook consist of the poster reconfigured to fit every imaginable size of newspaper movie advertisement. I’m not posting all of them (because webspace is neither infinite nor free), just enough to give you an idea. 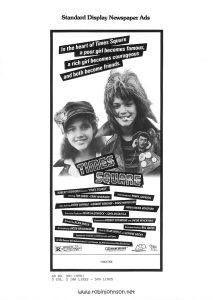 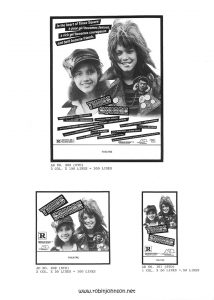 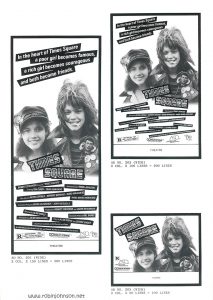 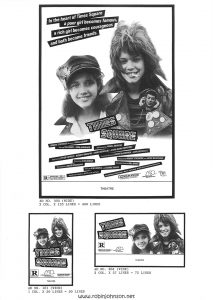 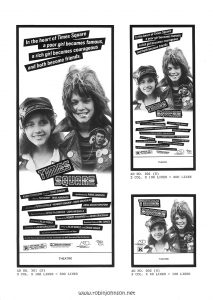 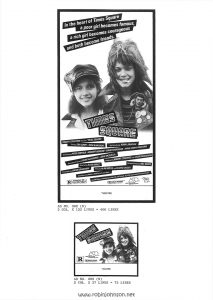 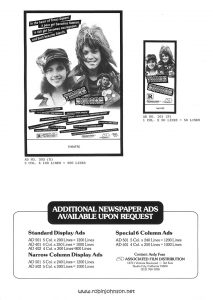 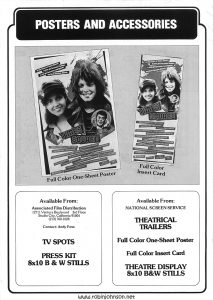 The back cover gives a contact at AFD where you can get additional promotional tools: the movie poster and insert card, the press kit and photographs, and television commercials and the theatrical trailer. I don’t remember anyTV advertising for Times Square (which doesn’t mean it didn’t happen). The trailer, though… I never saw it in a theater, but HBO ran it in 1981 to promote their broadcast of the film. I know because I remember vividly the “lost” shot of Pammy and Nicky splashing in the Hudson, and closely scrutinizing the film trying to catch that scene, long before it became common knowledge what had happened in the editing room.

Why Anchor Bay put a different version of the trailer on the 2000 DVD is still a mystery. But I’m getting ahead of myself.