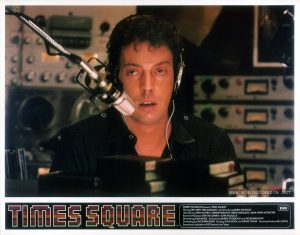 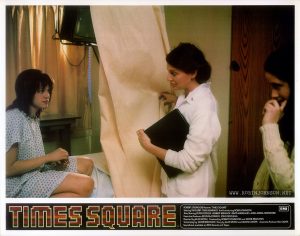 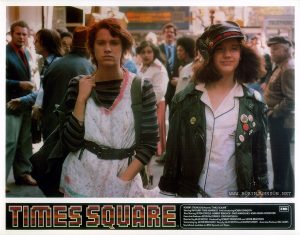 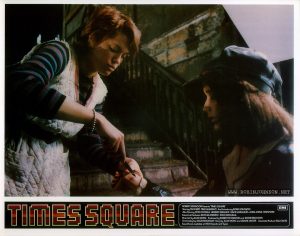 I first encountered lobby cards from this series several years ago in the collection of DefeatedandGifted, and I assumed they were Australian, partly because that’s where she was, and because they used the American form of the logo which was used on the Australian movie poster while listing EMI as the distributor. The movie posters also, however, have a logo for another distributor, either GD or GL Film Distributors, which is absent from the lobby cards.


Well, what should turn up as part of a massive sale of British lobby cards, but an apparently complete set of them. And although I suppose they could still really be Australian, the seller assured me that they were indeed from the UK. So, since other than the distributor being EMI, these cards replicate the design of the American publicity materials, and since there’s also a set of UK lobby cards that does use the logo used on the rest of the UK publicity materials, I conclude that these are a first set of cards made for the British market before the British publicity designs had been finalized. Maybe they’d originally been created for the USA, and then repurposed when someone realized that lobby cards weren’t really a thing in America anymore.

So, the UK had two separate set of Times Square lobby cards. Or, these really are Australian. Either way, this series of cards was definitely the source for the posters printed in Yugoslavia some months later.

They’re not numbered, of course; I’m presenting them in more or less the order they would have appeared in the movie.

The first, Tim Curry as Johnny at the mic, was published in Movie 81 No 2, February 1981, and appeared in the other set of UK lobby cards, on a German lobby card, and on one of the Yugoslavian lobby card posters.

Kathy Lojac as Nurse Joan introducing Nicky and Pammy made its debut here, and appeared with Pammy mostly cropped out on a Yugoslavian lobby card poster.

Nicky and Pammy walking along 42nd Street is from the deleted scene of the girls looking for and finding Nicky’s dad. There were plenty of stills shot during the filming of this but the entire sequence, along with the scene of them dyeing each other’s hair by the banks of the Hudson River, was cut and replaced with the brief moment of them on the subway. (The part where they find Nicky’s dad may not even have been filmed — there’s only photographic evidence of their walk to Times Square.) This photo appeared in the “Robert Stigwood Presents Times Square” folder, and in the other set of UK lobby cards, and as one of the German lobby cards.

Nicky cutting Pammy’s wrist for the blood sisters ritual was reprinted from here on the same Yugoslavian lobby card poster as the hospital photo, they only other place either of them appeared. The moment before this, Nicky cutting her own wrist, was shot from a different angle that showed the boom microphone and printed, mic and all, in the center spread of the Japanese souvenir program book. In the film, we don’t actually see the knife touch Pammy’s wrist, and we see Nicky’s wrist cut only in close-up.