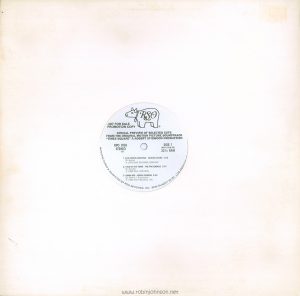 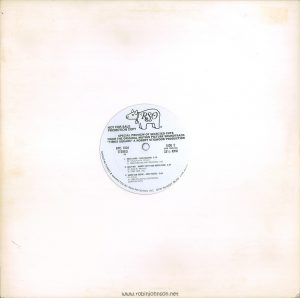 This 6-track, white-labelled, white-sleeved record was used by RSO to promote the Times Square soundtrack in the U.S. As there was no art, it may be the most boring promotional item released. It would have been distributed to radio stations, and copies were later handed out at the film’s premiere at the Ziegfeld Theater, or at the party afterward at Tavern on the Green, on October 14, 1980. 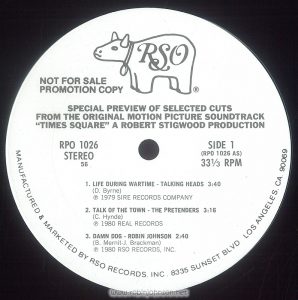 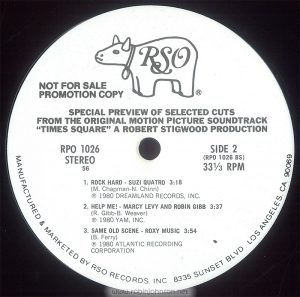 Can’t argue with the track list for Side One: “Life During Wartime” and “Talk of the Town” are two of the best songs on the soundtrack, and “Damn Dog” IS the film. Side Two starts with “Rock Hard” and closes with “Same Old Scene,” two more winners, and in between is sandwiched “Help Me!” which was Robert Stigwood hedging his bets.

Would you buy the double-album soundtrack based on this? There certainly is no incentive anywhere in this package to go see the movie. I wonder if the lack of a picture sleeve was of any note to the people who got this record at the premiere.

I do note that Norman Ross’s writing credit is absent from “Damn Dog.” Yes, I didn’t know who he was before last Christmas, but now I am righteously angry on his behalf.

Just letting you know, assuming there’s anyone reading this…

Posted on 20th September 2015 in Administrivia

September 28 is the anniversary of this blog going “live.” On or about that date, I’m going to update the display theme. That may very well break my tweaks to it, and screw up the format. But, I hope it will make it easier to tweak some other things I think need tweaking, and not take too much fixing.

So, if things here look a little off come October, that’ll be why. 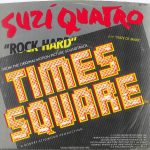 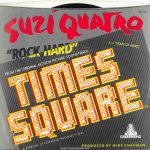 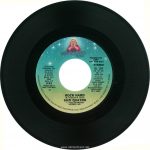 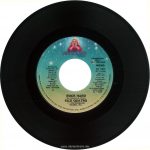 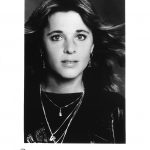 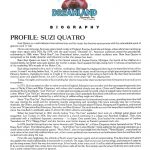 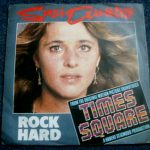 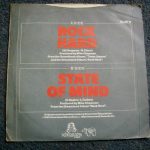 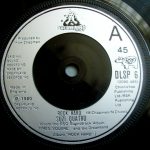 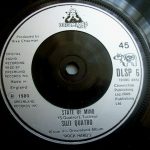 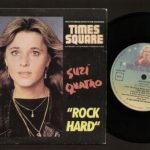 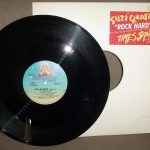 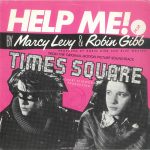 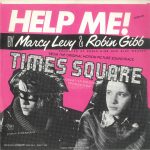 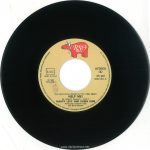 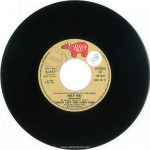 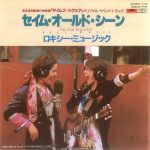 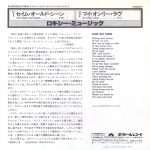 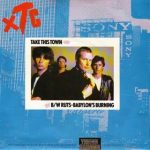 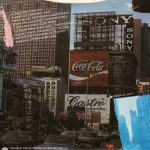 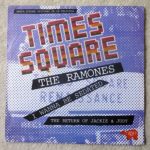 “O” is for “oversized,” I assume. This image is the same size as the image of the last poster, but trust me, the actual poster is double the size — just as tall and twice as wide. At four feet wide, it may be the largest poster in my collection; the UK “Quad” movie poster may be larger… we’ll see when we get there.

You can see for yourself how the elements from the previous poster, themselves rearranged from the album cover (as seen on the promotional slick), have been rearranged here. The very background is still yellow, but it’s been overlaid with a blue rectangle. Nicky and Pammy have been moved into the upper right corner, and the RSO cow removed from Nicky’s Johnny LaGuardia button. The title has been enlarged and moved into the upper left. The bottom half is the pixellated photo of the final concert, just like in the last poster, but nearly all of it is visible here. The red paint streak here stretches all across the bottom, and serves as a background to highlight the artist names.

The biggest difference here, though… no mention of the movie’s opening date. This double-sized poster promotes the record and the record only.

I never saw this poster in its natural habitat (on the wall of a record store), but I find it more visually pleasing than most of the other posters, except for the poster-side of the 2-sided poster. I guess my eye just likes the red and the blue better than the yellow. I sincerely doubt I’ll ever live somewhere with enough wall space to hang it up, though.