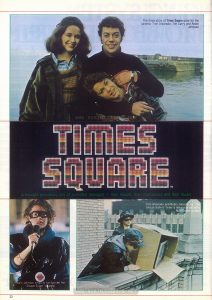 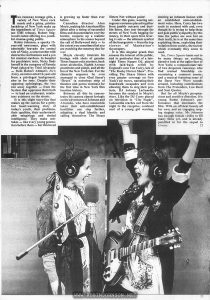 This ad promoting the movie’s opening has the same art as the one published previously in the Leader, but with the addition of the theaters it will be in. It’s essentially a black-and-white version of the quad poster, the top half of the painting by Cummins.

It appeared in a film magazine, but I don’t know which one. It’s on heavy magazine stock, not newsprint, and on the back is an ad for Seems Like Old Times, but unfortunately the portion of the page I have doesn’t have the name of the magazine or the page number.