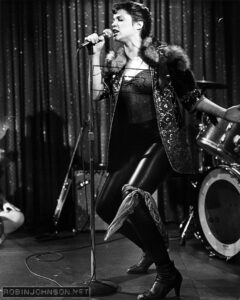 The Ziegfeld Theater was a Brutalist concrete cube in the middle of 54th Street. Inside, it was New York City’s last great movie palace. Times Square played there for two weeks starting October 17, 1980. The Tuesday before that, the movie had its world premiere there, followed by a gala party at Tavern on the Green.

Row M was about halfway back. Seat 16 was the second-to-last, all the way on the right. There were no bad seats at the Ziegfeld, but this was far from the best. This post contains no Robin content, except for the historical fact that she was there that night.