The UK press kit contains a photo caption sheet indicating that there should be 11 photos, and indeed there are, but they don’t match up with the captions. This is the main reason I don’t think my copy of the press kit is complete. On the other hand, it means there are a few photos in it that are complete bonuses, since I’ve never come across them elsewhere.

1. ROBIN JOHNSON (left) and TRINI ALVARADO (right) as Nicky and Pamela, the teenage runaways who team up to roam the seamier streets of New York City.

We can tell it’s #1 because there’s a tiny “1” taped into the print, there at the lower right. But we immediately run into trouble, because although there’s no photo numbered “2”,

one of the remaining ten photos is this one:

Exactly the same picture! Except, it isn’t. It’s cropped differently: there’s less at the top and left and more on the right. It’s printed a little better, with less harsh contrast. And most importantly, there’s no little “1” taped into it. Instead, at the lower left it has the code number TS-22-11, in the style of the American press kit photos.

The caption for Photo 2 is: “2. TRINI ALVARADO and ROBIN JOHNSON join music’s ‘new wave’ as The Sleaze Sisters.” There are two photos that match up with that description, but neither of them have a “2” on them. One has no number at all, and one has US-publicity-style code printed on it. I’ll get to them later; for now, let’s skip to Photos 3 and 4.

Photo 3 is another shot from the deleted scene of Nicky and Pammy searching for Nicky’s dad in Times Square. Considering the entire sequence was deleted and replaced by the short scene of the girls on the subway, there sure were a lot of photos taken. I wonder how much of it was actually filmed. Was there any footage taken of Nicky’s dad, and if so, who played him? And did the guy in this photo have a part in the film?

4. TIM CURRY stars as an all-night disc jockey, who, perched in his studio high above Times Square follows and encourages the progress of the runaway girls, who thanks to his efforts become minor media celebrities.

While it doesn’t appear in the US press kit, we’ve seen Photo 4 before. It appeared in The Aquarian way back in April 1980, and then again in the September-October 1980 Mediascene Prevue, both times paired with a shot of the girls singing “Your Daughter Is One” that hasn’t yet turned up anywhere else. Both of those published versions have been cropped from this one.

Here’s the full caption sheet. I have no photos numbered 2, 6, 9, or 10. There are no captions for photos numbered 9 or 10. I suppose it’s possible that there never were photos 9 and 10, and as this copy of the press kit went from person to person someone along the line stuck in 3 more photos to bring the total to 11 as the sheet implies. We may never know.

I do, however, have a photo numbered “34”. Which raises the question, are there photos numbered 12 to 33 somewhere out there?

[Added 18 June 2017: I recently acquired a photo numbered “29”, and in writing a post about it remembered that I have long had a photo numbered “36”. So, that may mean there even more UK publicity stills than I thought yet to turn up.]

The UK Press Kit is an even nicer package than its US counterpart, with its own logo featuring Nicky atop the theater marquee. Inside the big white folder is a smaller silver folder that holds the materials. (The reflective silver didn’t scan very well, I did what I could.) It almost certainly was produced during the summer or autumn of 1980, before the US opening of the movie. 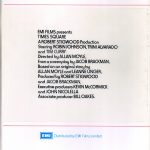 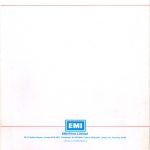 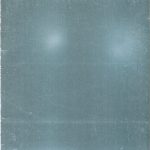 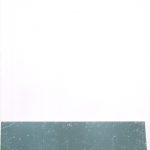 The materials inside, unfortunately… I am not entirely confident that what I have is a complete press kit. There are two sets of mostly-but-not-quite-identical text pages, one on A4 size paper with a more elaborate letterhead than the US pages, and one on 8½ x 11 inch paper with no logos at all. And the A4 pages include a list of the photographs in the kit, but that list doesn’t quite match up with the photos I have. I have four copies of the US press kit so I have a pretty good idea of what was supposed to be in it; this is only UK press kit I’ve ever seen, and I have a few doubts.

Nevertheless, it still has some neat stuff in it. We’ll start having a look at it next time.

Robin and Trini, but mostly Robin, crossed the country and later traveled the world doing publicity for Times Square. They did The John Davidson Show together, and Robin was a guest on The Merv Griffin Show. I didn’t see the John Davidson appearance, but I managed to record Robin’s Merv Griffin interview on audio cassette. Unfortunately, that cassette is one of many things to have gone missing since 1980. I still have hope it’ll turn up someday, but not a lot of hope.

Something that did turn up, though, is this photograph. The back has handwritten on it, “18” and “Robin Johnson”, and is stamped “Bill Cogan Photography.” Sadly, photographer Bill Cogan passed away in 2009.