Here are the last photos from my copy of the UK Press Kit. They don’t have numbers that would match them up with the enclosed caption sheet, so I have doubts as to whether they were actually a part of it.

This is the Mick Rock photo of Robin that appeared on the contents page of Film Review, Vol. 30 No. 10, October 1980. At first I thought that it was a collage of that and a photo of Trini, but I tried lightening up the background and it does indeed appear that they’re standing in the same room, on the same floor. Also, if you crop the photo to remove Trini, you lose a bit of Robin’s elbow, and that’s exactly how the Film Review version appears. What I’m getting at is, this is apparently a photograph of Trini Alvarado taken by Mick Rock.

Trini and Robin atop the Times Square Theater marquee. This photo is labelled TS-22-32 in the style of the US publicity photos.

TS-88-29A, another of those rare publicity photos that doesn’t try to depict a scene from the film, although it obviously comes from the day they shot the scene where Johnny gets Pammy kicked out of the “hideout”. There was at least one other shot taken that day of these three smiling for the camera, which was printed in color in an Australian magazine in 1981, and later on the sleeve of the Japanese laserdisc in 1986.

Back of UK Press Kit photo #7

The backs of these three photos are blank. The rest of the photos in the UK Press Kit are stamped “TIMES SQUARE” on the back.

An identical stamp is on the back of this photo I posted about previously, which just happens to have a tiny UK Press Kit-style “34” printed into it. It would seem there was a series of UK photos that numbered at least up to 34, and which were stamped on the back with the movie title. This doesn’t mean, however, that they were all used… there’s probably at least a 2 and a 6 floating around somewhere, to match up with the caption sheet, but there’s no reason to think there was ever a 9, 10, or anything between 11 and 34. I can hope, though… it’s been quiet lately but “new” items still turn up from time to time.

One problem with the stamp, though, is that it also appears on the back of the second copy of Photo #1, the one with the US-style number on it. It seems as though it, and the smaller pasted-in number are good indicators that a given print was made and used in the UK, but I don’t think we can conclude anything else from it.

To finish things off, here are the two versions of the shorter profile of Robin. Again, the version on “Times Square” letterhead appears to have been “translated” into British English, “there’s an ad” into “there was an advert” and so on. I doubt Robin has ever said “advert” in her life. (The text below is the “British” version.) 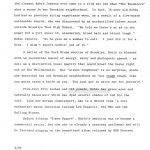 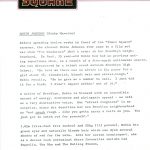 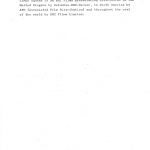 Before spending twelve weeks in front of the “Times Square” cameras, the closest Robin Johnson ever came to a film set was when “The Wanderers” shot a scene in her Brooklyn neighbourhood. In fact, 15 year-old Robin had had no previous acting experience when, as a result of a five-month nationwide search, she was discovered by a talent scout outside Brooklyn High School. “He told me there was an advert in the paper for a girl about l6, slenderish, blonde hair and street—tough,” Robin recalls. “So he gave me a number to call. I just did it for a kick. I didn’t expect nothin’ out of it.”

A native of Brooklyn, Robin is blessed with an incredible amount of energy, awareness and photogenic appeal – as well as a very distinctive voice. Her “street toughness” is no surprise, since she describes her own Brooklyn neighbourhood as “not rough rough – like you gotta carry a knife on you. You just got to watch out for yourself.”

1.65m (five-feet five inches) and 52kg (115 pounds), Robin has green eyes and naturally blonde hair which was dyed several shades of red for the role. Like her screen counterpart, she is a devout rock enthusiast whose favourites include Led Zeppelin, The Wh0 and The Rolling Stones.

Before filming ”TIMES SQUARE”, Robin’s ambition was to become a commercial artist, but now she is already a seasoned performer and will be featured singing on the soundtrack album released by RSO Records.

TIMES SQUARE is an EMI Films presentation distributed in the United Kingdom by Columbia-EMI-Warner, in North America by AFD (Associated Film Distribution) and throughout the rest of the world by EMI Films Limited.