Apparently, in 1980, RSO sent this videotape to record retailers to play in-store to promote the soundtrack to Times Square. It features the two songs performed in the film, “Your Daughter Is One” and “Damn Dog.” The fact that the lyrics to “Your Daughter Is One” consist primarily of curse words and racial slurs guaranteed that it would never be played in any store for more than thirty seconds. The fact that nobody at RSO, from the tape’s conception to its distribution, realized that would happen, boggles the mind.

The middle portion of the tape is an edit of the dance the girls do along 42nd Street to “Life During Wartime” by Talking Heads. Much of this sequence is made up of shots that do not actually appear in the film; unfortunately here they’re only four or five frames long. Even more unfortunately, this digitization is at such low resolution that individual frames turn into pretty smears of color. 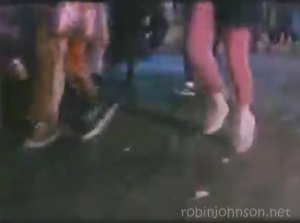 There are no close-ups of the girls’ feet in the movie. 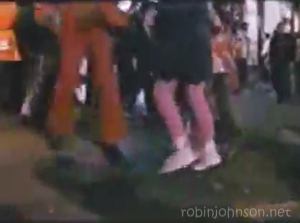 Pammy doesn’t dance with the Man in Red in the movie. 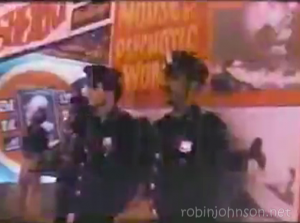 These cops are only shown from the reverse angle in the movie. 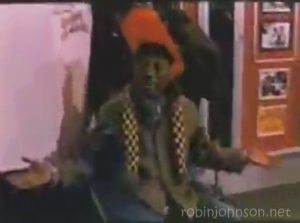 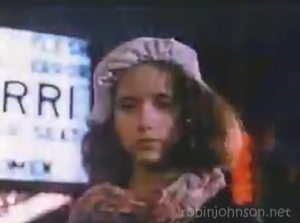 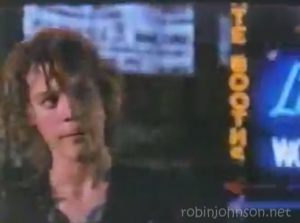 This video was originally digitized and uploaded on February 24 2012 by “PsychoticNorman”. I’ve offered to buy or borrow the tape to make a higher quality transfer, but have not received a reply. I have fixed the aspect ratio and brightened and sharpened the image a little. You can see PsychoticNorman’s original upload here. My file is technically at a higher resolution, but that’s an artifact of my editing software refusing to save at the small resolution of the original file. I’ve tried to make it easier to look at, but there isn’t really any more detail.