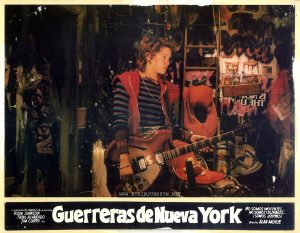 Mexico’s Guerreras de Nueva York got at least one lobby card, too, and here it is, with the same photo used on two items in Karen Dean’s (DefeatedandGifted’s) collection: one of three lobby cards from somewhere that used the US logo, but had EMI as the film’s distributor; and a pull-out poster from an unidentified magazine.

WE ARE NOT INNOCENT…
WE ARE NOT GUILTY…
WE ARE YOUNG! 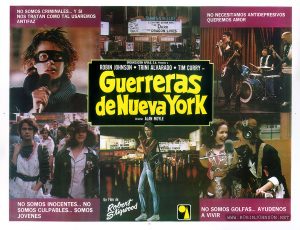