At least that’s what it was called when I got it. It’s only a folder though in the sense that it’s folded, not that it contained something else like the press kits which have pockets to hold papers and photos. This is just a big piece of heavy glossy stock, folded over. 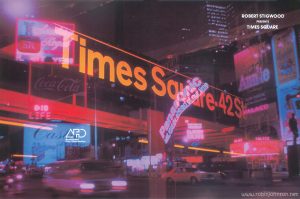 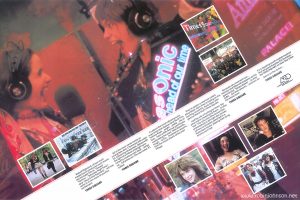 
It’s not really a “press” folder, either. It looks like promotion to theater owners, to get them to book the film. I’m not an authority on film publicity; if you know a technical term for this kind of object, please leave a comment!

One thing is for sure, though — this was created, like the articles in my last few posts, before the advertising campaign had been designed. The outside is an extremely cool yet rather anonymous collage of Times Square by night, and most of the photos inside are not the ones used later for publicity. The background image is a collage of the collage with a photo that will turn up in black and white in the press kit. The last image at the bottom right is a cropped version of the one I talked about here, which got used a lot. The shot of the concert in Times Square and the close-up of Nicky will both later appear in the Songbook, I think. The close-up of Tim Curry looks like it was taken a second before or after the photo that was printed in black and white in The Aquarian and Prevue. The other pictures may be unique to this folder.

Ironically, the image of the girls with the “Times Square-42nd St.” sign superimposed over them was, as we’ve seen, taken on the corner of 8th Avenue and 50th Street.

The text… well, judge for yourself. It misspells Nicky’s name “Nikki.” Lots of people do that, sure, but, but, no. She spells her first name “Nicky.” The film isn’t even out yet, and it looks like someone may be worried she’s not girly enough.

Set in the neon nerve center of young New York. Crammed with colorful, careening characters. Ablaze with the light of a million midnight suns. Tuned to a furious rock beat… amps up… full power on. The new wave. It’s called:
TIMES SQUARE

It’s about the most rollicking runaways since Tom Sawyer and Huck Finn. Pammy Pearl… bright… pretty… shy of love… from a Fifth Avenue penthouse overlooking the park. Nikki Marotta… tough… funny… hooked on dreams… from the mean streets of the east Village.

Half the city is hunting for them. The other half is cheering for them… to stay “lost.” The only one who knows their whereabouts is all-night disc jockey Johnny La Guardia, perched in a skyscraper studio, playing their song. And he won’t tell.

Because any moment now… Pammy and Nikki will reappear as the spectacular “Sleaze Sisters”… to stop traffic… live their dreams… and turn on the whole town.
TIMES SQUARE

It’s a dazzling youth-market-musical that will pack theatres this October… like TIMES SQUARE on New Year’s Eve.
Get in on the action…
TIMES SQUARE

By popular demand (meaning Deb asked), here are close-ups of the inside pictures. Their actual size is pretty close to the thumbnails below, so the gallery will give a good view of the individual pixels. 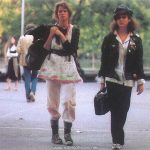 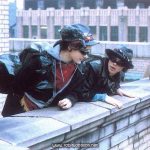 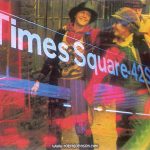 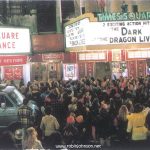 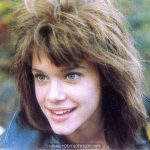 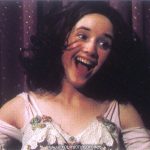 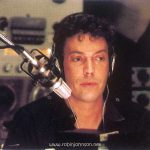 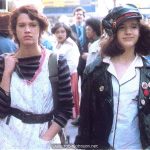